Magician for events and shell game artis No 1!

Enjoy the best entertainment with the GREAT BAGATELLO - your magician and shell player for events and trade fairs.

As one of Germany's most popular close-up wizards, the magicia from Cologne has been on the road throughout Europe since 1986. His shell game is famous!

It is a guarantee of entertainment at every event. His version of the trick game has made the GREAT BAGATELLO famous. His "Where is the pea?" - game inspires with high entertainment value, charm, surprising twists and turns.

"I've never, never had bad reactions at an event with my shell game!"

Read here why the magician from Cologne is so successful: Shell game player success.

The GREAT BAGATELLO has designed the shell gema for trade fair entertainment and thrills his audience at well known trade fairs, such as: World Exhibition EXPO, CeBIT, K, Hannover Messe...Credentials. Companies take advantage of the economic benefits they gain from this trade fair magic.

Meanwhile, his version of the nut-shell game is famous. Combined with further, visually strong table magic tricks it is the highlight on VIP events, events and dinner evenings.  More about the Nut Shell Game.

The clever magician is known for fresh, modern magic and inspiring magic tricks, performed with charme and intensity.

"Lifting good for the better! That's my job."

many thanks for so much commitment, talent, team spirit and professionalism!!!
You have been instrumental in the success of our Suzuki Supertalent SX4 Roadshow.

Not only Suzuki, the customers at the POS, we the agency, but also the promotion team are impressed by you as an artist and also as a person.

You have made every face, old and young, astonished and radiant. Your enthusiasm and enthusiasm is fantastic and a guarantee for a successful event."

Offers during the crisis:

Learning to juggle while at home

Learning pantomime while at home

Learning magic while at home

Use the time wisely! 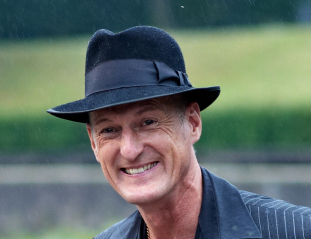 ..."Not only your diversity with different, great roles, but also your service provider gene, which is not always so pronounced with artists of your quality, have undoubtedly contributed to your long-term success.

Congratulations on 30 years of "The Great Bagatello"!"... 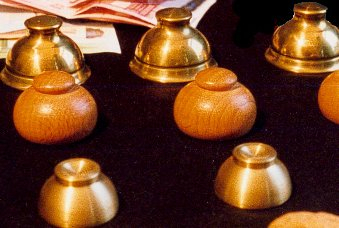 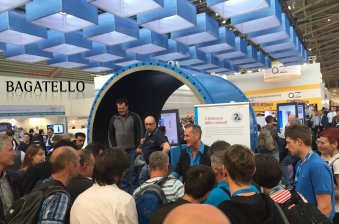 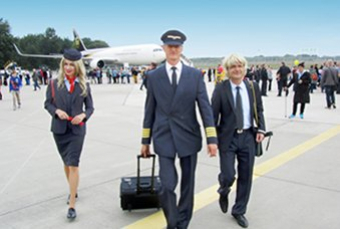 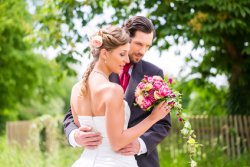 The wedding celebration should be the most beautiful celebration in the life of the marriages. Therefore the entertainment should be excellent for the wedding. 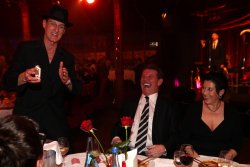 The dinner magician goes from table to table with the most beautiful and intense form of magic: close-up magic.

→ take a look at dinner magic 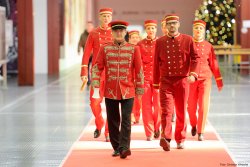 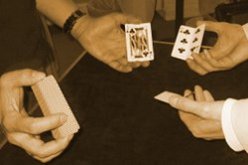 Learn simple magic tricks, the secrets of a good performance or request a project week for students.

→ find out more about BAGATELLO´s seminars

Enjoy the photos of the performances. 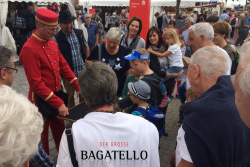 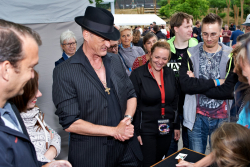 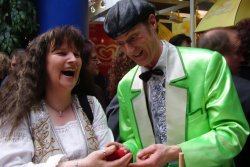 The magician from Cologne inspires 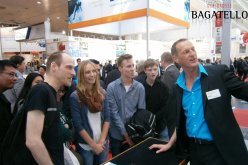 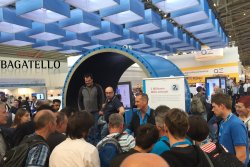 The fair magician attracts with his fair entertainment. 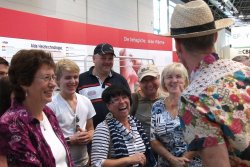 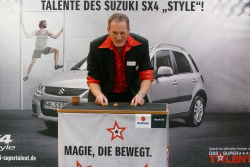 Roadshow with shell game at the super talent of Suzuki. 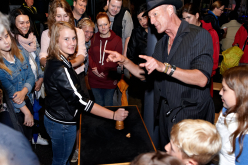